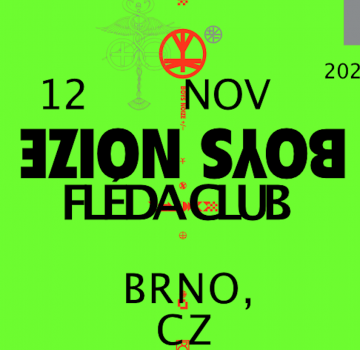 Unique Berlin electronic producer, DJ and label founder. One of the most respected musicians of nowadays. BOYS NOIZE, rooted in the techno/house scene, exceeds to diverse genre branches. In Brno, he will present his upcoming new album +/-.

BOYS NOIZE (Alex Ridha) made his DJ debut at the age of 15. His up-to-date career includes four studio albums and plenty of singles and remixes. Criss-crossing the globe with masterfully anarchic performances at major festivals like Coachella and Glastonbury, he still plays annually at techno temple Berghain. Influenced by collaborations with the brightest stars of the alt-pop scene such as Frank Ocean, A$AP Rocky, Bon Iver, Chance The Rapper, Snoop Dogg or Tommy Cash, BOYS NOIZE has developed a peerless sound that transcends all categories. His awaited new album +/- (pronounced as "Polarity") will be released in September via his own respected label BOYSNOIZE RECORDS.